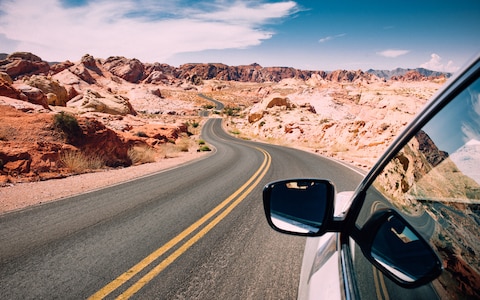 Where to Go on Your Next Road Trip

Do you find yourself in the same situation you were in last year around this time? It is the end of summer and the beginning of autumn—which is short for the best travelling season! The season is changing, the weather is pleasant and the colours in the sky aplenty; what else can one want when planning a trip to another country?

The best city to visit now—or at any other point in the year—is, without a doubt, London! It is also great for a road trip as the landscape is beautiful and vibrant. So, those living around London can pick up their car and start the journey! However, those who live far away can visit places near London and then drive to this extraordinary city.

Here are five reasons why London tops our list of best road-trip destination every single time!

London is the epitome of multicultural influences. The most recent data states that the foreigners in this city actually outnumber the natives of this capital. There are millions of travellers and expats who flood London and you can sometimes even witness around five languages from five different people on the street! This city is a melting point of cultures for Europe and beyond, and is also a central hub to the rest of the European Union as well.

London has food from everywhere, and it is a great place for people who love food! Whether it is Vietnamese, Mediterranean, Indian, Korean, Italian, or absolutely any other cuisine, London restaurants have it all. What is even better is that London is very popular for its street food which is vibrant, diverse and very hygienic.

If you are out on the streets of London, especially East London, at 5 p.m. on a weekday, you will know exactly what I mean when I talk about the tremendous hustle-bustle this city has! Visit Leicester Square on the weekend, Oxford street on any day, a pub in the early afternoon—and you’ll experience the same situation. There is a constant buzz all around the city, and one can never feel alone in the vibrancy of it all. You will witness faces in red buses, people moving past one another on the streets, bikes whizzing past the traffic, cabbies waiting for their passengers, groups of people laughing wholeheartedly, and you will be convinced that London is the place to be.

As a visitor in a new city, for many of us, good transport system is a must. The public transportation in London is not only adequate, it is superior to most other places. Due to this reason, it is one of the best connected cities in the world. There are always multiple ways of getting anywhere. Otherwise, one can always stay in hotels in Central London, the likes of The LaLiT London, from where most things are within walking or biking distance.

One of the major attributes of this city that fascinates almost everyone is its rich history. It has sites ranging from many different periods of history, from Ancient Roman ruins like the London Wall, to places from the Middles Ages like the Tower of London and Westminster Abbey, to many surviving Victorian artefacts, and places like the Tower Bridge. There is also a lot of World War II history in the city as it played an integral part in the war. London also hosts a large number of famous landmarks like Big Ben, the London Eye, St. Paul’s Cathedral, Buckingham Palace, Royal Albert Hall, The Millennium Bridge, Oxford Street, Marble Arch, amongst many world-famous museums.